The following are resources provided by the speakers from the 2016 MacDeployment Conference.

Macs in Windows Server Environments: Binding to AD (or not) – Luis Giraldo

Free/Open Source or Commercial/Closed Source: What’s Right For You? – Tom Bridge and Luis Giraldo, with Teri Grossheim and Tim Sutton

We experimented with recording a discussion session. Because it was a valuable discussion, we sought and received permission from the speakers to post this recording. 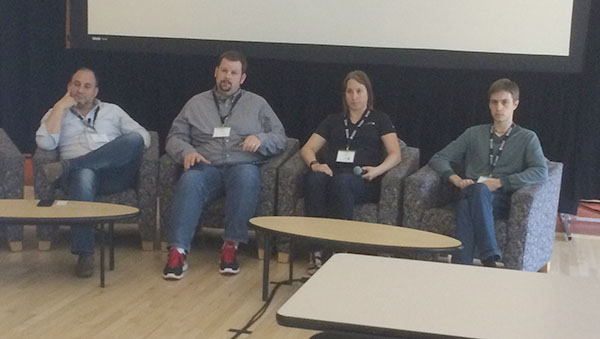 Tom Bridge (technolutionary.com) and Luis Giraldo (ook.co) are featured in a lively discussion about why you might choose open source software or commercial software (or both) with regards to managing and maintaining Macs. Teri Grossheim (JAMF Software) and Tim Sutton (macops.ca) join in when the session is opened for questions and comments from the MacDeployment Conference audience. Hosted by Anthony Reimer. All opinions are those of the individuals speaking and not of any corporate affiliation they may have.

Minimal editing has been done, content-wise, to this recording. (Balancing the voices in a non-separated mix was another matter!) One audience member comment and the related discussion was deleted due to the original commenter not being permitted by their employer to be recorded as a matter of policy.

Some of the unplanned mentions during the workshop were recorded in the MacAdmins Slack #MacDeploy channel and have been added here (thanks to Mark Cohen, Tim, and Tom).